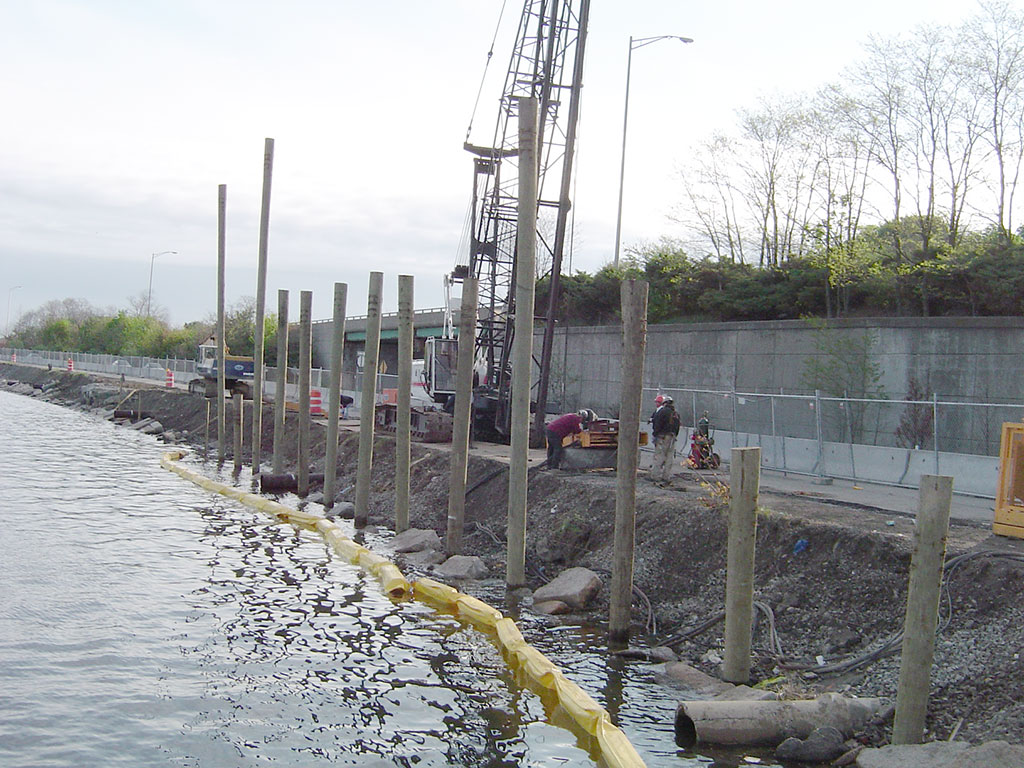 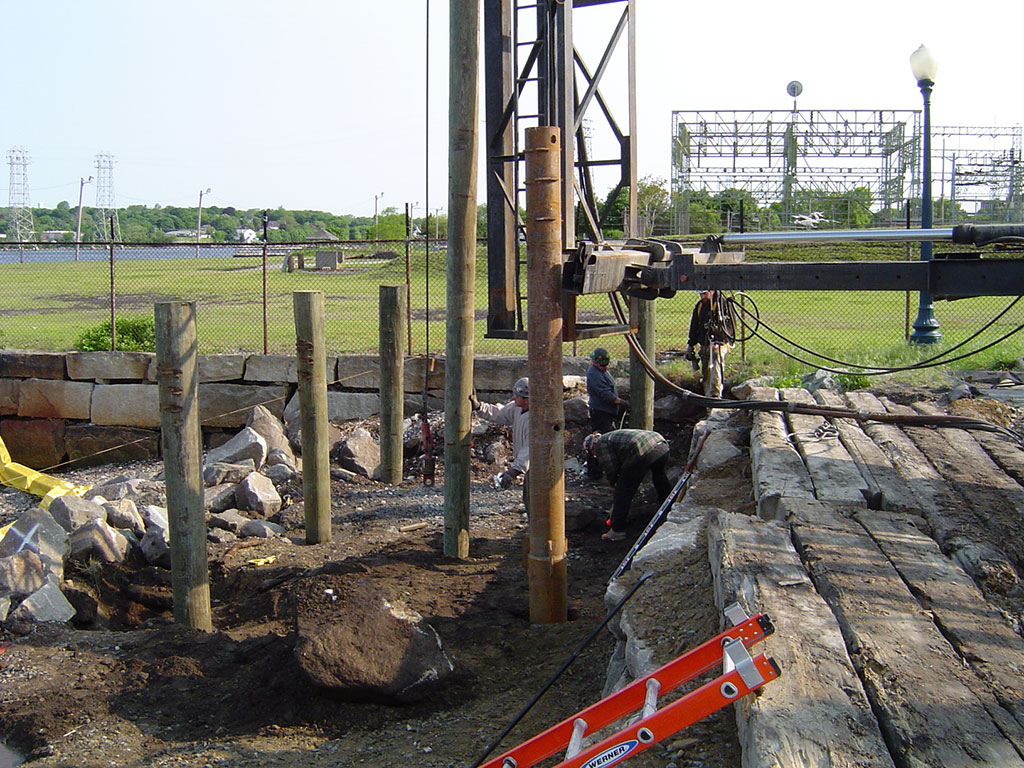 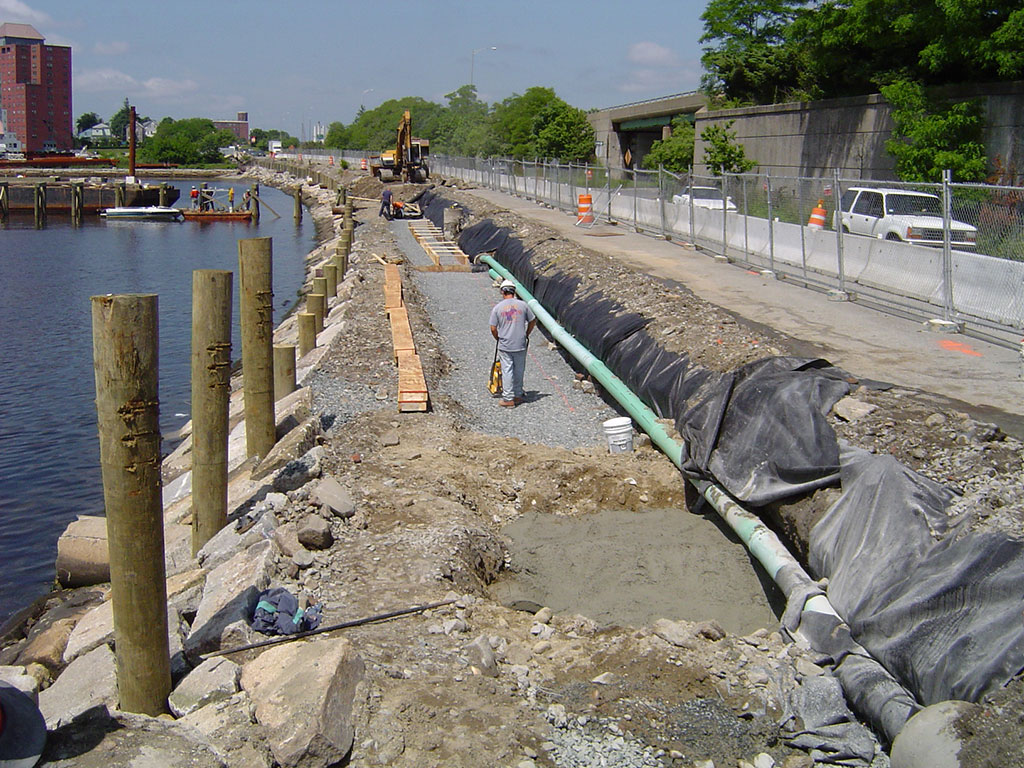 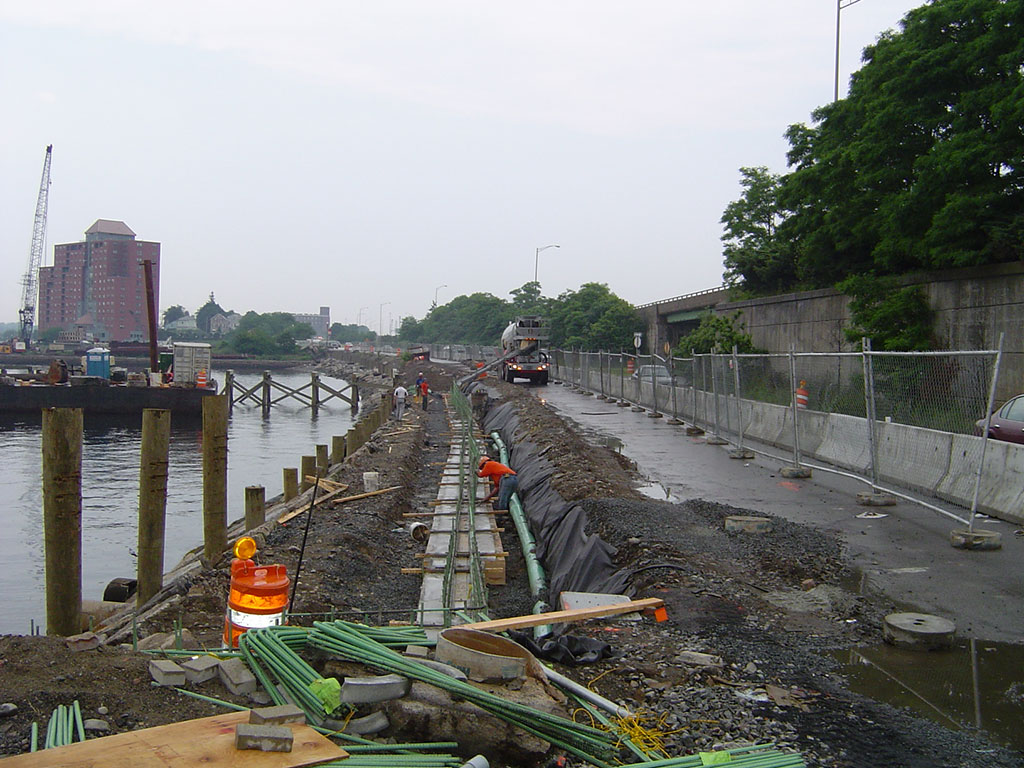 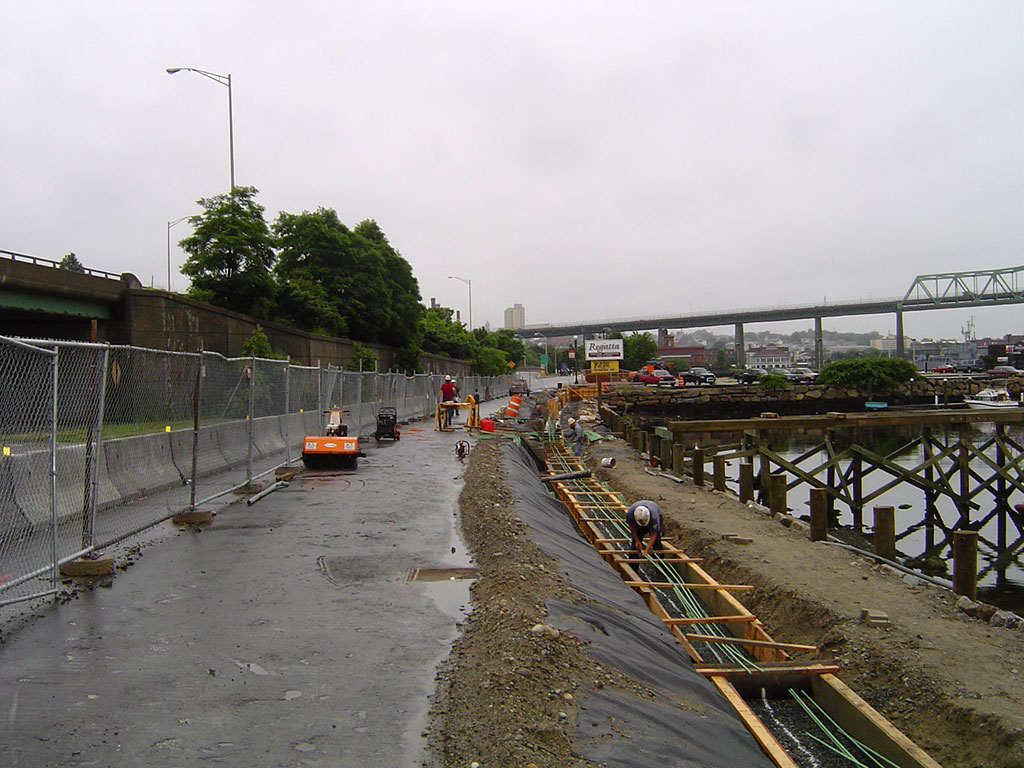 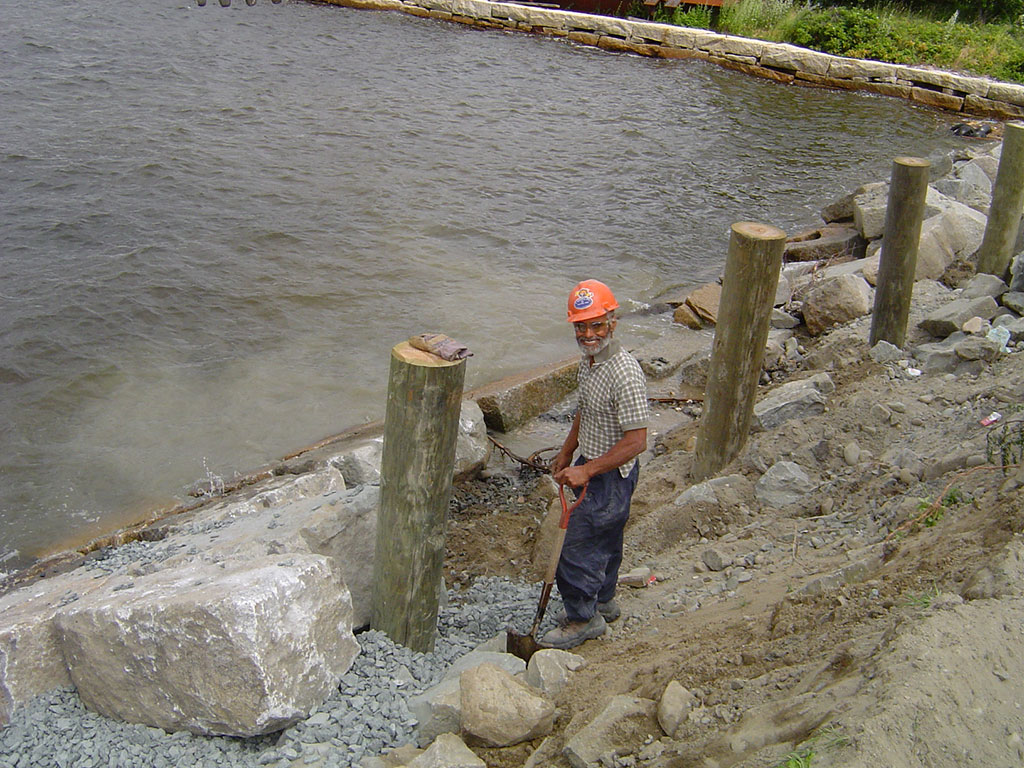 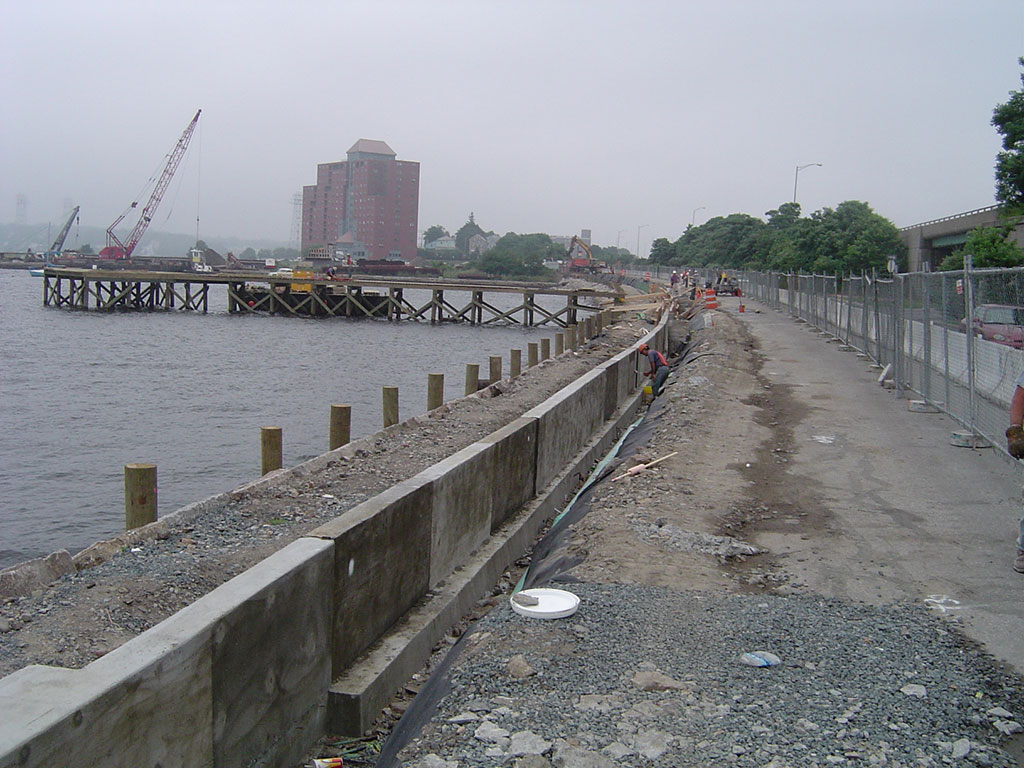 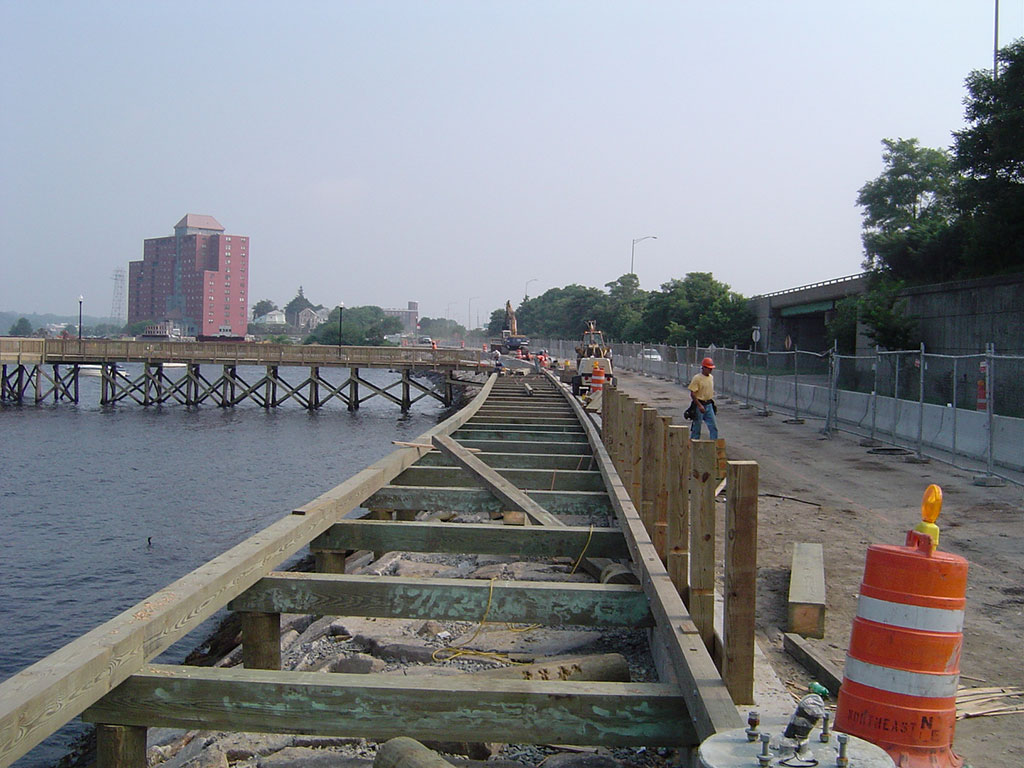 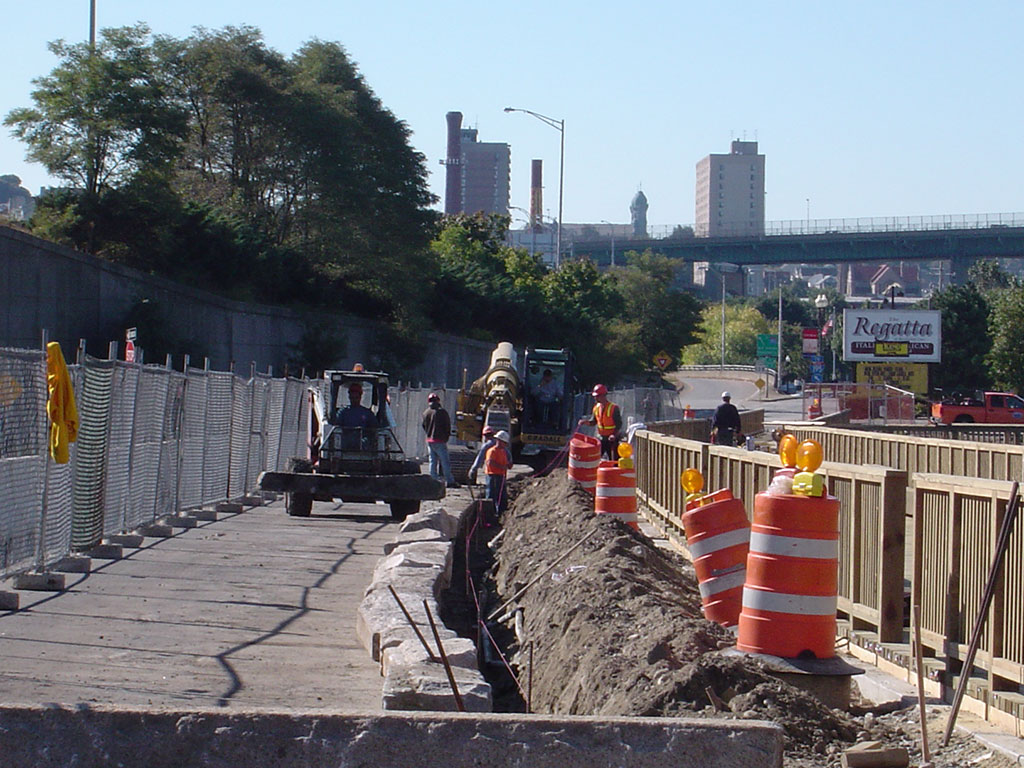 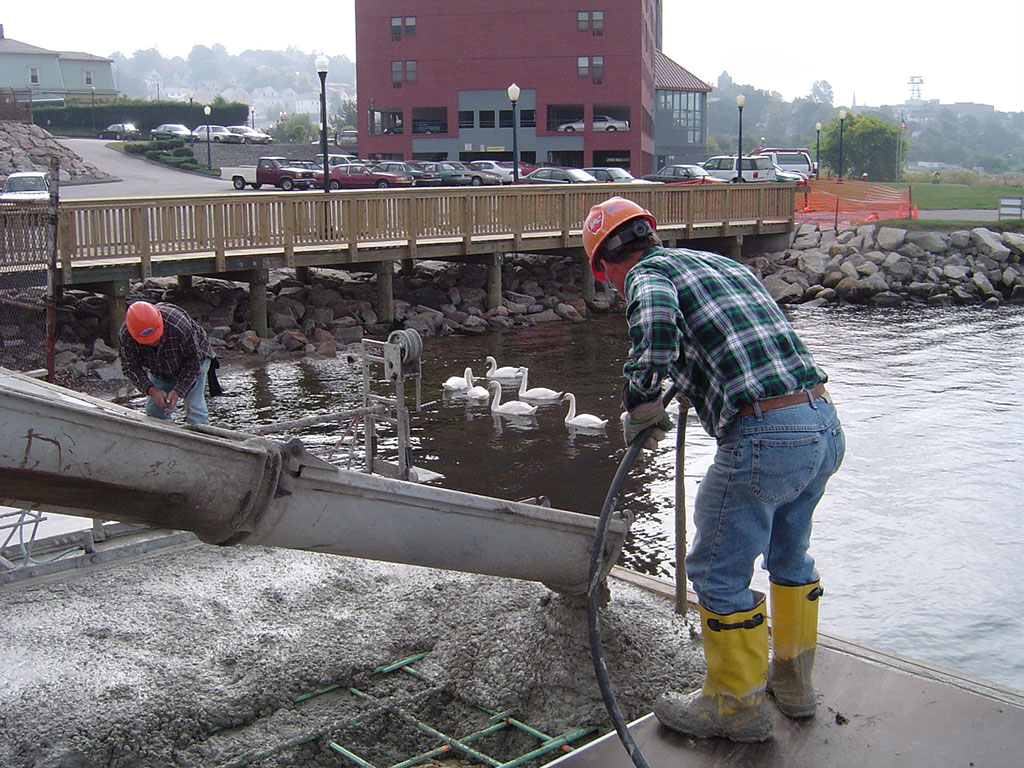 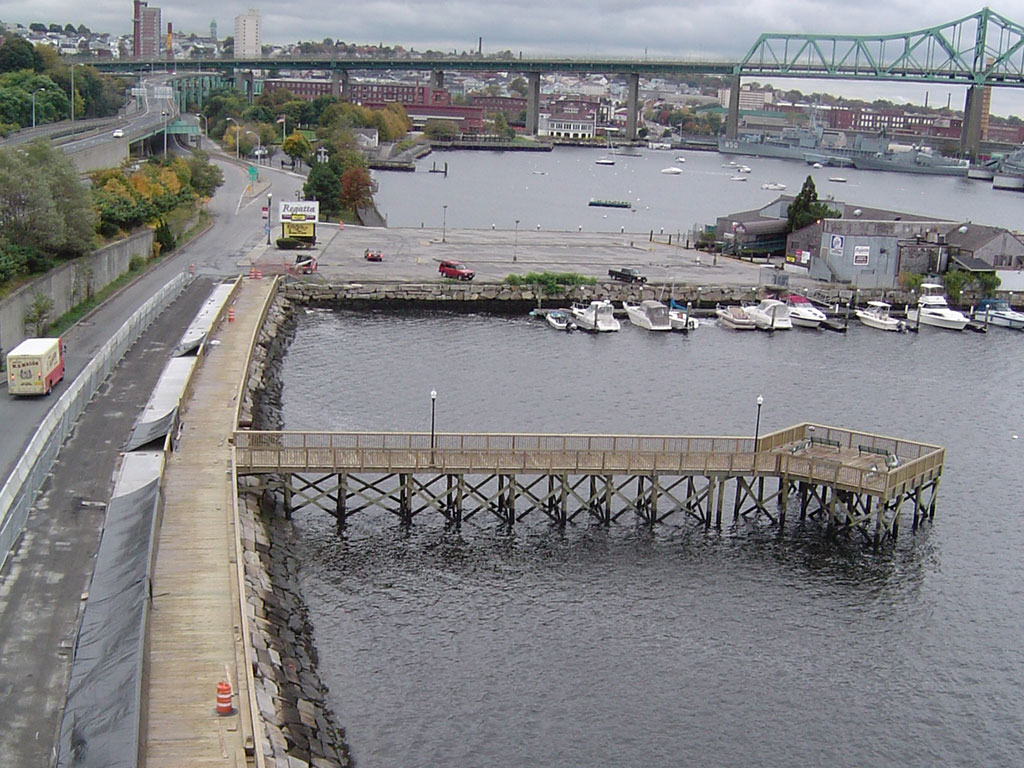 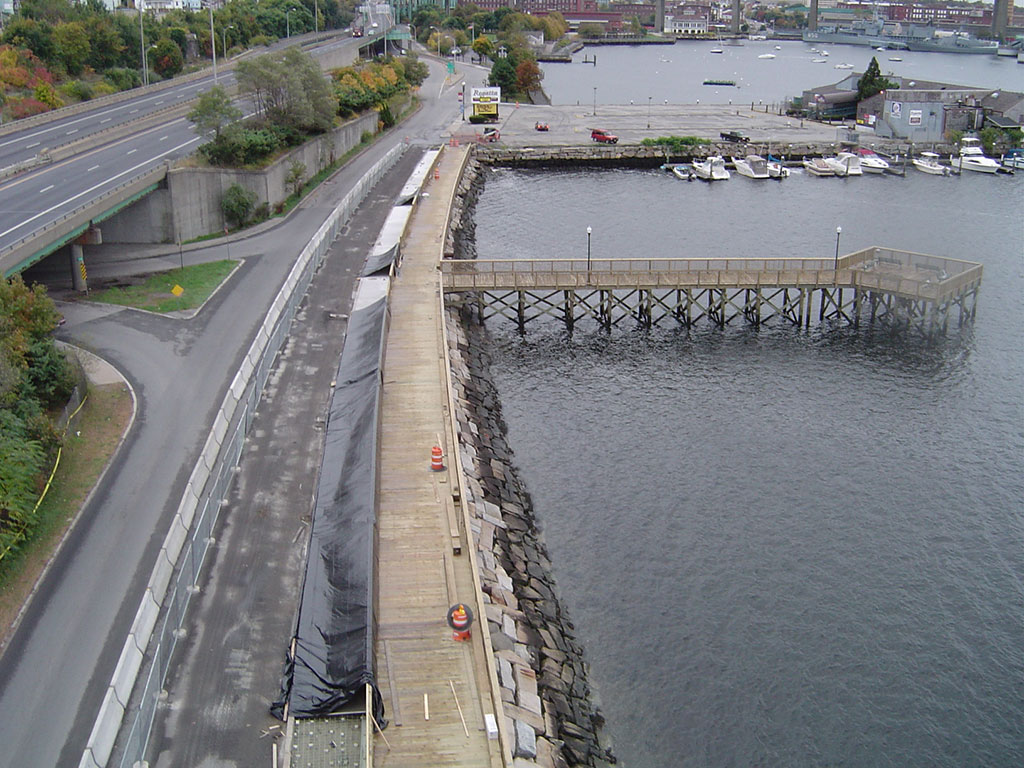 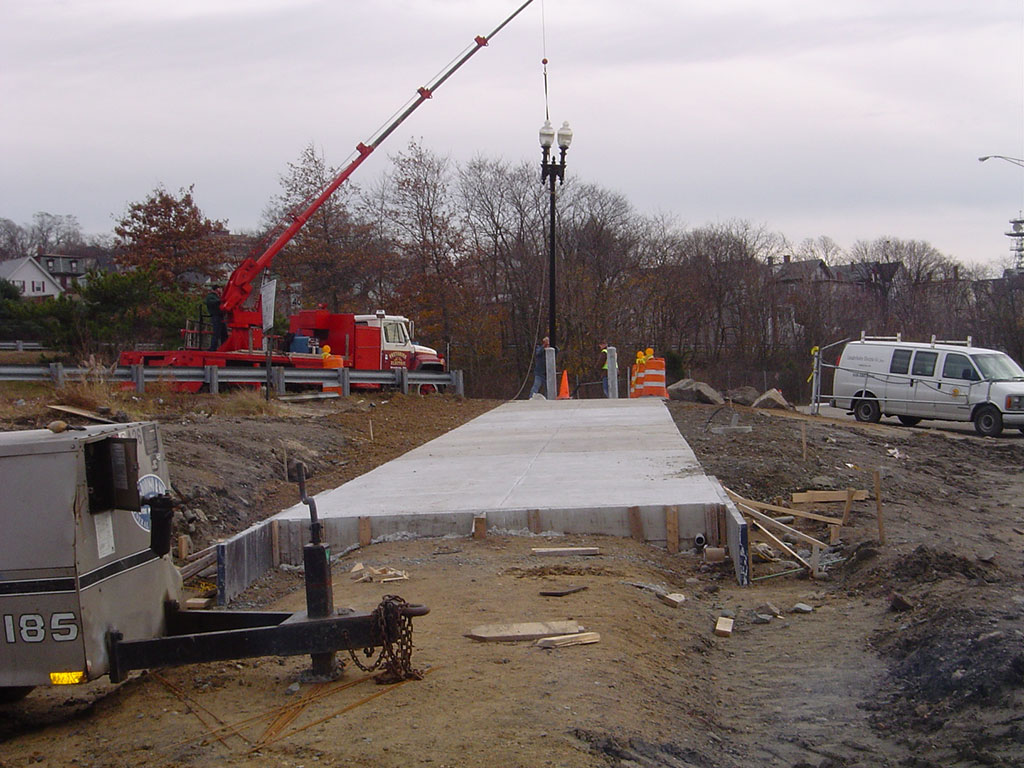 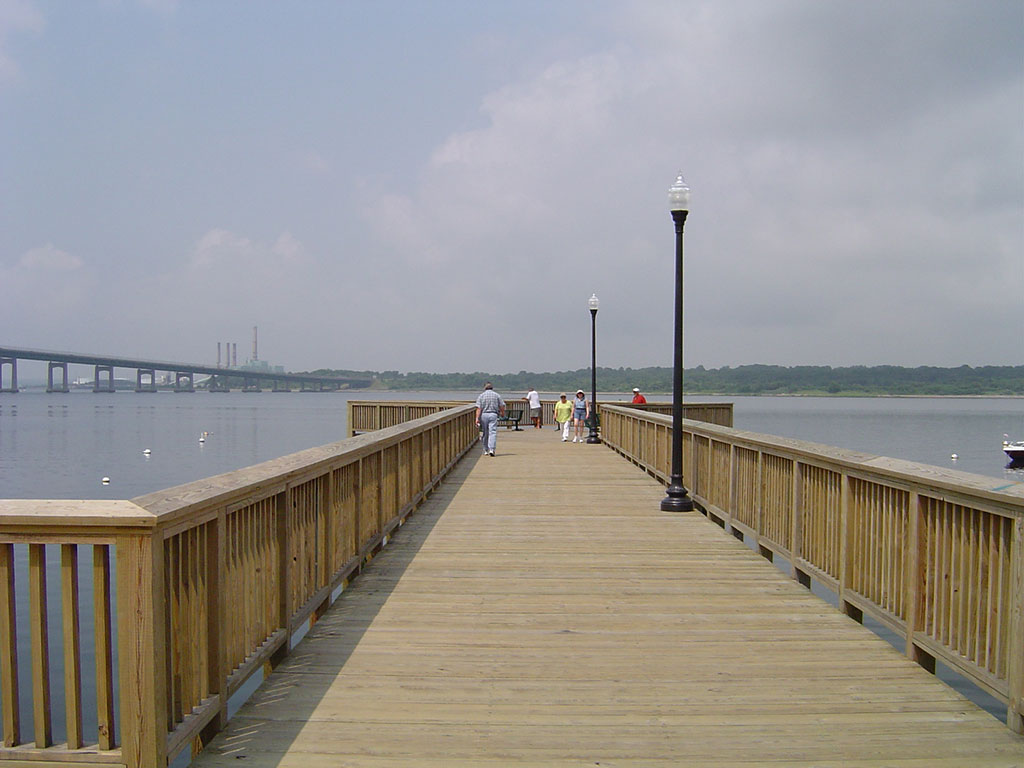 The project was initiated to create a scenic pedestrian link between Battleship Cove and Bicentennial Park, enhancing the water front along the Taunton River. The project consisted of more than a mile of boardwalks and walkways, including a 150’ long pier with a viewing platform. Over 200 wooden piles were driven along the existing waterfront to create the foundation for over a thousand feet of boardwalk. Heavy timbers and lumber made up the superstructure of the boardwalks and piers. Railings, benches, and lighting adorn the wooden portion of the work. The other part of the project consisted of replacing approximately 700’ of granite block bulkhead, along with another 200 cy of concrete retaining walls and the concrete walkway above. A portion of Bicentennial Park was rehabilitated with gravel walks and loaming and seeding. A continuous concrete walkway was constructed between these two main areas of work. This included the grading, forming, placement and finishing of over 1000 cy of concrete walkways, the installation of around 2000’ of ornamental railings, and a new lighting system was incorporated into the walkway as well as drainage improvements.